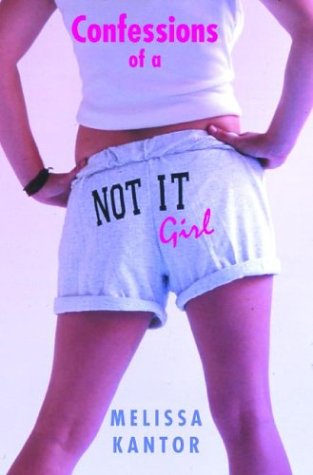 CONFESSIONS OF A NOT IT GIRL

Readers will find Kantor's debut novel about the misadventures of an awkward, self-deprecating high school senior predictable but fun. Jan Miller—named after artist Jan van Eyck (pronounced "Yahn")—is obsessed with the size of her bottom, can't think of what to write in her college application essays and is unsure if Josh, her crush who recently moved from Seattle to New York City, has a girlfriend back home. In contrast, her confident best friend, Rebecca, was just named one of New York's "It Girls" by magazine, gets accepted to Brown and is secretly dating a law student who worked at her dad's firm (and who thinks she's much older). Readers will easily identify with Jan, who attracts the wrong boys, occasionally gets tongue-tied around Josh, and has an active fantasy life (imaginary romantic scenes, in which Josh admits his love, dot the narrative). It's easy to guess how Jan and Josh's will-they/won't-they relationship will ultimately turn out—and what will happen to Rebecca and her older man. But Jan's sense of humor, and her rapport with both Josh (at one point Jan and Josh get into a comical conversation about words they hate, including "moist" and "slacks") and Rebecca ("I knew [Rebecca] would be really supportive... but how embarrassing is the recap of a daylong he said/she said when the person you're talking to is shopping for virginity-losing lingerie?") will keep the pages turning. Plus, the novel offers a motivating message to girls about feeling free to make the first move. Ages 12-up.