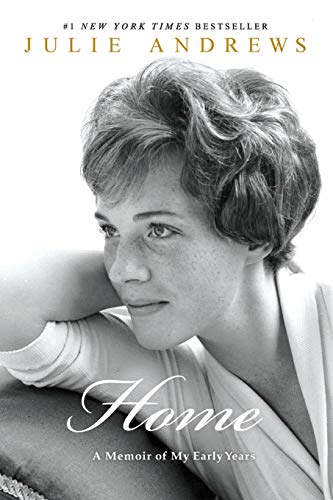 Home: A Memoir of My Early Years

Andrews, who has written several children's books ( ; ), both solo and with her daughter, now dances in a different direction with this delightful remembrance of her own childhood and engrossing prelude to her cinematic career. Spanning events from her 1935 birth to the early 1960s, she covers her rise to fame and ends with Walt Disney casting her in (1963). Setting the stage with a family tree backdrop, she balances the sad struggles of relatives and hard drinkers with mirthful family tales and youthful vocal lessons amid rationing and the London Blitz: “My mother pulled back the blackout curtains and gasped—for there, snuggly settled in the concrete square of the courtyard, was the incendiary bomb.” A BBC show led to a London musical at age 12: “My song literally stopped the show. People rose to their feet and would not stop clapping.” Her mother's revelation of her true father left her reeling when she was 15, but she continued touring, did weekly BBC broadcasts and was Broadway-bound by 1954 to do . The heart of her book documents the rehearsals, tryouts and smash 1956 opening of . Readers will rejoice, since Andrews is an accomplished writer who holds back nothing while adding a patina of poetry to the antics and anecdotes throughout this memoir of bittersweet backstage encounters and theatrical triumphs.