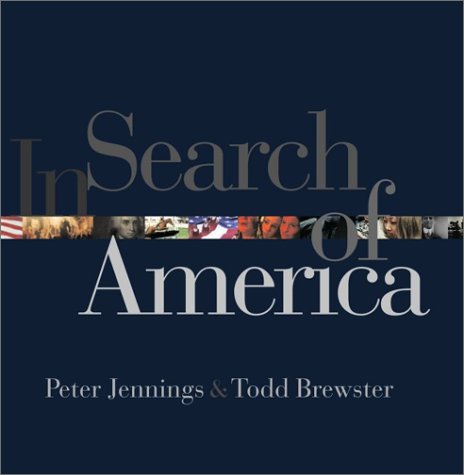 IN SEARCH OF AMERICA

Anchorman Jennings and television producer Brewster illuminate contemporary American society with six stories, set in six different locations, examining central themes of American life: race, government, business, immigration, religion and culture. Each section is buttressed by thematically related sidebars and full-color illustrations. The battle in a South Carolina town to have creationism added to the public school biology curriculum is viewed in the context of the ongoing struggle between religion and science in America, and the chapter is supplemented by a discussion of the Scopes trial, the often overlooked complexity of Thomas Jefferson's ideas on religion and state and a look at the battle over textbooks in Texas. Another chapter focuses on attempts to revive the downtown of predominantly black Gary, Ind., thus highlighting the role of race in America. A look at Frito-Lay's efforts to market potato chips around the world underscores the role of business in America and its attempt to spread "the gospel of the free market" to undeveloped countries. The presentation is highly polished, and the authors report nonjudgmentally on various points of view in each controversy. But the authors do reach an optimistic conclusion—that, indeed, the principles laid down by the founders 225 years ago "still form the essence of the American identity."