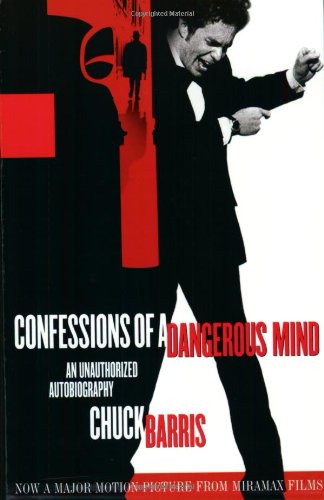 CONFESSIONS OF A DANGEROUS MIND: An Unauthorized Autobiography

Originally published in 1982 but out-of-print for years, '70s television icon Barris's forgotten autobiography is being reissued to coincide with the December release of a major film adaptation. After two decades of relative obscurity, Barris's memoir may finally find an eager audience. Readers will probably best remember Barris as the creator and host of , but his résumé also includes such classic shows as and , as well as a hit song, "Palisades Park," and a bestselling book, (1970). What will shock readers, however, is Barris's claim that, throughout his successful TV career, he was leading a double life as a decorated CIA assassin. While supposedly "scouting locations" to send his winning game show contestants, Barris was actually traveling to exotic locales to knock off America's Cold War foes. Or so he'd have readers believe. While far-fetched, the tension-filled scenes of Barris's supposed CIA activities provide an ingenious counterbalance to the story of his meandering personal life, the snarling critics who attacked Barris for dragging television into the gutter and hilarious recollections of how wholesome contestants would become inexplicably filthy once on the set of . Even though Barris's reputation as a wacky TV show host doomed this literary venture when it was originally published, it is in fact a remarkably well-crafted and entertaining book, both unflinchingly personal and at times laugh-out-loud funny. Twenty years later, it reads like a classic.