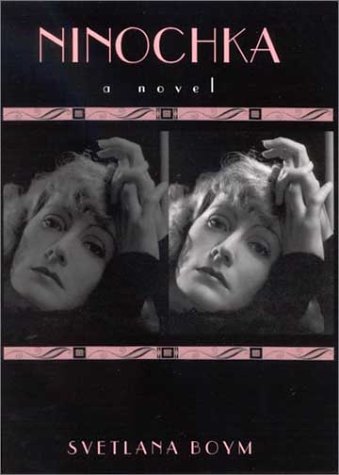 Structurally inventive but rather static, this novel by a Harvard literature professor and author of the nonfiction work traces the lives of two Russian women living in exile, one settled in New York in the 1990s, the other in Paris in the 1930s. Nina B. came to Paris in 1932, where she eked out a living embroidering Russian blouses and took classes in linguistics and psychology. Her real subject of study, however, was exile itself, and she became notorious for an essay she wrote called "In Praise of Exile." Many men loved her, but her real love was Boris, the leader of the Eurasian supremacy movement in Paris, an intellectual and political movement founded by White Russian émigrés. In 1939, after attending a screening of the Ernst Lubitsch movie , she was shot and killed. Fifty years later, the unsolved mystery of her death attracts Tanya, a graduate student in history, who travels to Paris from New York to research Nina's story and finds herself becoming curiously caught up in it. Occasional flashes from Nina's point of view (diary entries, letters) give way to Tanya's investigations and reveal much about Nina's life. Like Nina, Boym's primary interest is the phenomenon of exile, and she explores it from every conceivable angle, piling up nostalgic detail and examining all the curious repercussions of displacement. Her playful approach, concrete, sensory references (hot tea with lemon, cherry jam) and fascinating cultural trivia (a popular Bosnian western called , a rubber East German doll with a bleached blond perm) stave off academic dryness, though the attenuated plot and coolness of tone keep the reader at arm's length.