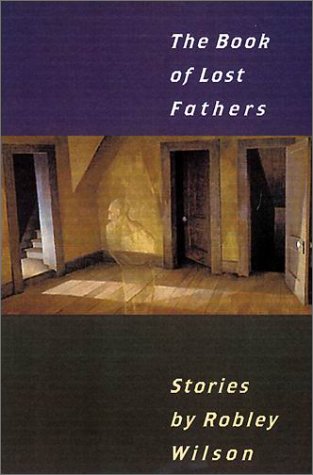 THE BOOK OF LOST FATHERS

Set in various locales ranging from small New England towns to Florida resorts, Midwestern farms to earthquake-ridden California, this haunting collection of stories is told from the points of view of jilted women, widowed wives, bewildered children and grieving men. Characters struggle to deal with the absence of fathers, whether from desertion, natural death or the "gradual dissolving away" of family life. One of the standouts, "Dorothy and Her Friends," takes a bizarre twist as Dorothy, who lives in a Boston apartment with her bitter, religious mother, begins an affair with a traveling evangelist. Deserted by her father at age 12, she now wonders, "What in the world was it that made men leave marriage, abandon family—as if the truly important lay somewhere else?" For Dorothy, her father's legacy continues as men enter and leave her life "as swift as rare, intractable birds." Often Wilson simply refers to characters as "the wife" or "the son," emphasizing how family relationships mold their identities. In "Trespass," a divorced architect faces his estranged father's death and the fact that his ex-wife was included in the will, but he was not. "Florida" presents the postdivorce perspective of "lost" fathers like Fowler, who vacations with his fiancée and her two daughters in an attempt to mesh splintered families into a new whole. The last image in the final story, "A Day of Splendid Omens," finds a grieving woman cradling her young daughter as she whispers stories about the girl's dead father. The image captures the tone of the entire collection, in which Wilson adeptly illustrates in an unsentimental manner the sometimes devastating powers of family, love and loss.