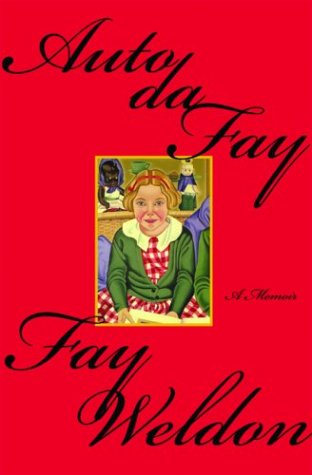 Readers who think Weldon's provocatively clever fiction (; ; etc.) is also highly improbable need only pick up this frank, irreverent memoir to discover her own life has been far more strange and dramatic than any novel could credibly convey. All the characteristics of Weldon's fiction—stinging wit, jaunty prose, memorable bon mots—are present in this kaleidoscopic peregrination through six decades of picaresque adventures. The racy narrative begins with older generations of Weldon's family and continues with Weldon, her mother and her sister. Her family history on both sides is eccentric and troubled. Fay was christened Franklin when she was born in 1931 in England, where her mother had fled temporarily, leaving her adulterous husband in New Zealand. Eventually she took Fay and her older sister back to Christchurch, but the reconciliation didn't work, and they returned to England for Fay's secondary and college education. She was always drawn to the wrong men, risky behavior, chronic impecuniousness and even promiscuity. In addition to being routinely victimized by men, the women in Weldon's family were susceptible to seeing ghosts and succumbing to emotional breakdowns. How Weldon made her way as a poor unwed mother (in the 1950s, she lived in a house without heat, water or an indoor bathroom) through several bizarre relationships into a job as an advertising copywriter, is a riveting story; the book closes as she's beginning a career as a TV scriptwriter. This memoir will be read by some for the real "dirt" on a popular novelist, but it will last longer as a reflection of a time when feminism had not yet released women from the careless perfidy of feckless men. Photos.