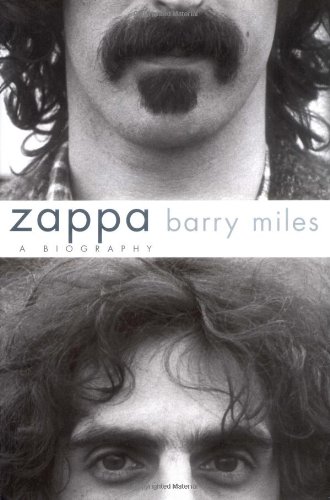 Pop culture biographer Miles ( ; ; etc.) paints an engrossing portrait of the troubled musical genius who died of prostate cancer in 1993 at age 52. Zappa endured a peripatetic youth and an early brush with the law that fueled his trademark anti-authoritarian strain; his musical brilliance eventually transformed him from class clown into one of rock's major icons, with such landmark records as and Miles skillfully weaves together the major beats and minor notes of Zappa's remarkable life, no small feat given the musician's many contradictions: he was a hard-rocking star, but also a meticulous, studious composer influenced by Varèse and Stravinsky; he despised drug use and the trappings of stardom, but he loved groupies (he partook of their favors freely, eventually marrying one and fathering three children). A virtuoso, a perfectionist and a shrewd businessman, Zappa alienated, sued or otherwise offended nearly everyone in his life at some point; he especially loved tormenting his audience. Miles hits the ups and downs of Zappa's life like a skilled composer in his own right, and he captures the contentious eras (from the late 1950s on) in which Zappa's genius emerged. The result is a penetrating look both at Zappa and at the social and political milieu in which popular rock music stepped to the fore.