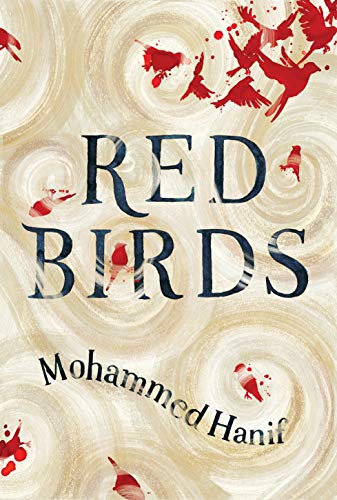 Hanif, Booker-longlisted for A Case of Exploding Mangoes, dives headfirst into an unnamed desert in the present day and the disparate characters stuck in it. Ellie, an American bomber pilot who’s crash-landed, struggles through the desert half-hallucinating until he comes upon a dog. The dog, Mutt, is no stray, but rather the beloved and disgruntled pet of Momo, a shrewd and scheming 15-year-old. Momo lives in a nearby refugee camp with his family, who have been devastated by the disappearance of Momo’s older brother, Ali, who left the camp to work at a mysterious American army outpost that was recently nearby. As Ellie recovers in the camp he was intended to bomb, hoping for rescue and suppressing a major trauma he left back at home in the States, Momo develops a plan to use the American soldier as leverage to get his brother back. Narrated in turns by Ellie, Momo, aid workers, Momo’s mother, and rather beautifully by Mutt, Hanif’s portrait of the surrealism and commonplaceness of America’s wars in Muslim countries is nearly impossible to put down. The camp in particular crackles with humanity, bizarreness, and banality—at one point, Ellie thinks, “I was beginning to like this, people talking earnestly about sewage and cheating spouses, about the need for winter shelters and better ways of teaching math.” The novel manages to remain delightful and unpredictable even in its darkest moments, highlighting the hypocrisies and constant confusions of American intervention abroad. (May)
close
Details