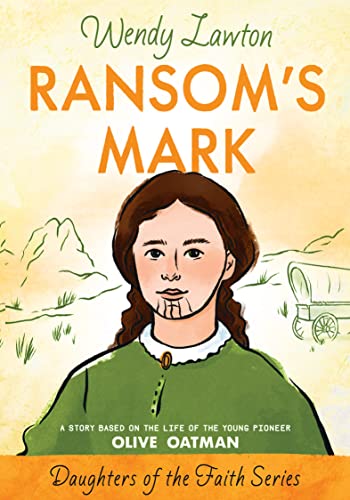 RANSOM'S MARK: A Story Based on the Life of the Pioneer Olive Oatman

Like its predecessors in Lawton's Daughters of the Faith series, this fourth installment offers an invigorating blend of historical information and imaginative writing. The real-life Olive Oatman was 13 when her family pulled up stakes in 1850, leaving their Illinois farm to head west with a wagon train. A renegade band of Yavapai Indians attacked the Oatmans and left them for dead, except for Olive and her younger sister, whom they enslaved. After a year of near-starvation, the girls were ransomed by a Mohave tribe that had heard of their plight and pitied them. Given all the ground that Lawton covers, it may not be surprising that some sequences feel comparatively sparse (e.g., Olive's time among the Mohave). For the most part, however, Lawton shows a remarkable facility for conveying the contradictory emotions, thoughts and motives of the pioneers, and for illuminating the details of daily life. While she demonstrates the importance of faith to her characters, she also portrays a range of religious sensibilities. The original leader of the Oatmans' wagon convoy bills himself as a prophet and continually attempts to change their destination. Olive's mother firmly believes God is at their sides. Olive is more tentative: "If God was walking alongside, she wondered if He missed the others as much as she did." The Mohave chief and his daughter, who personally ransoms the Oatman girls, have their own spirituality but clearly respect Olive's beliefs. Readers do not have to share Olive's convictions to find themselves engrossed in Lawton's presentation of her story. Ages 8-12.