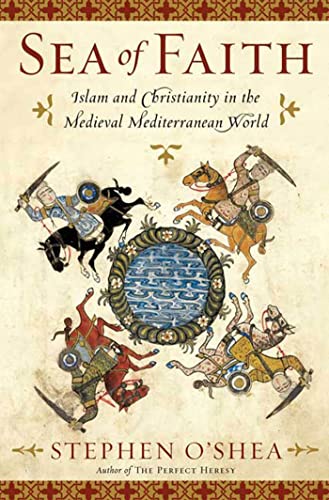 Sea of Faith: Islam and Christianity in the Medieval Mediterranean World

In this elegant, fast-paced, and judicious cultural and religious history, journalist O'Shea, author of , provides a remarkable glimpse into the origins of the conflicts between Christians and Muslims as well as their once peaceful coexistence. He focuses on seven military battles—Yarmuk A.D. 636), Poitiers (732), Manzikert (1071), Hattin (1187), Las Navas de Tolosa (1212), Constantinople (1453) and Malta (1565)—between Christians and Muslims as the high-water marks of their attempts to shape the Mediterranean ("sea of faith") world of the Middle Ages. O'Shea vividly captures and recreates not only the enmity between the two religions but also the sectarian rivalries and political intrigues within each religion. Yet the relationship between Christianity and Islam was marked not only by bloody Crusades and wars of conquest. As O'Shea so eloquently points out, Christians and Muslims also experienced long periods of rapprochement, signaled by the long peace at Córdoba in the early Middle Ages and in the intellectual and social flourishing at Toledo and Palermo in the 11th century. O'Shea's marvelous accomplishment offers an unparalleled glimpse of the struggles of each religion to establish dominance in the medieval world as well as at the strategies for living together that the religions enacted as they shared the same territory.