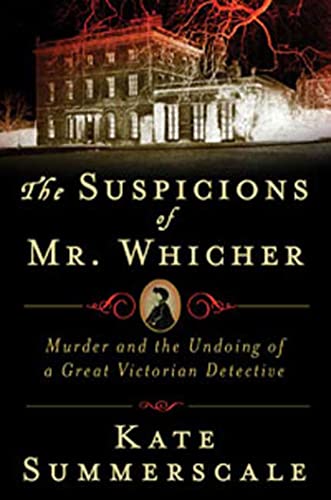 The Suspicions of Mr. Whicher: Murder and the Undoing of a Great Victorian Detective

Summerscale ( ) delivers a mesmerizing portrait of one of England's first detectives and the gruesome murder investigation that nearly destroyed him. In 1860, three-year-old Saville Kent was found murdered in the outdoor privy of his family's country estate. Local police scrambled for clues, but to no avail. Scotland Yard Det.-Insp. Jonathan “Jack” Whicher was called in and immediately suspected the unthinkable: someone in the Kent family killed Saville. Theories abounded as everyone from the nursemaid to Saville's father became a suspect. Whicher tirelessly pursued every lead and became convinced that Constance Kent, Saville's teenage half-sister, was the murderer, but with little evidence and no confession, the case went cold and Whicher returned to London, a broken man. Five years later, the killer came forward with a shocking account of the crime, leading to a sensational trial. Whicher is a fascinating hero, and readers will delight in following every lurid twist and turn in his investigation.