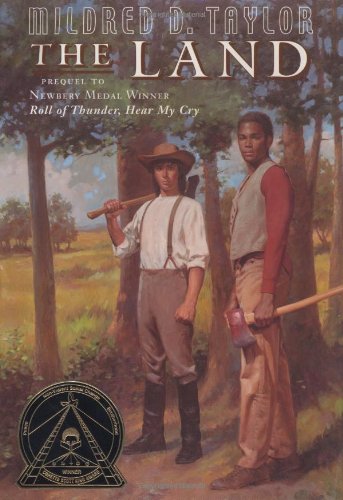 Taylor's gift for combining history and storytelling are as evident here as in her other stories about the Logan family. This prequel to focuses on Cassie's grandfather, Paul-Edward Logan, and explains how the seeds were planted for feuds between the Logans and other families, as well as certain loyalties.

Here, the author deftly explores double standards in the South during the years following the Civil War. She lays the groundwork for these issues to be examined through two key relationships in the childhood of Paul-Edward, a boy of mixed race: the strong bond he shares with Robert, his white half-brother, and a tenuous friendship with Mitchell, whose parents were born into slavery and whose father works for Paul-Edward's father. Through them, the hero becomes painfully aware of the indelible line dividing black and white society. Though it is acceptable that his father, plantation-owner Edward, keeps an African-American mistress and helps rear her children, Paul-Edward and his sister, Cassie, are not allowed the same privileges as their half-brothers. An incident of family betrayal and a broken promise prompts Paul-Edward to run away from home and pursue his dream to farm his own piece of land. After arriving in Mississippi and setting his sights on the acreage he wants to buy, he soon discovers that becoming a landowner of color is more complicated and dangerous than he expected.

Like any good historian, Taylor extracts truth from past events without sugarcoating issues. Although her depiction of the 19th-century South is anything but pretty, her tone is more uplifting than bitter. Rather than dismissing hypocrisies, she digs beneath the surface of Paul-Edward's friends and foes, showing how their values have been shaped by social norms. Here, villains are as much victims as heroes, but only those as courageous as the protagonist challenge the traditions that promote inequality. Even during the book's most wrenching scenes, the determination, wisdom and resiliency—which become the legacy of the Logan family—will be strongly felt. Taylor fans should hasten to read this latest contribution to the Logan family history, and newcomers will eagerly lap this up and plunge into the author's other titles. Ages 12-up.