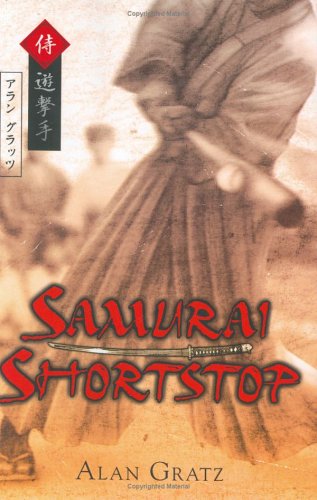 Debut novelist Gratz uses baseball to tell the story of Japan's tumultuous transition from 19th-century feudalism to 20th-century Westernized society. In the harrowing first chapter, 15-year-old Toyo witnesses his uncle commit —ritual suicide—rather than renounce his samurai lifestyle as the emperor has ordered. As required by custom, Toyo's father decapitates his brother, and Toyo must watch because, his father says, "Soon you will do the same for me." Toyo then begins life at Ichiko, Tokyo's most elite boarding school, haunted by the image of his father tossing his uncle's head onto the funeral pyre. The violence soon becomes more personal, as Ichiko's upper classmen conduct vicious hazing rituals to keep the first-years in line. His father arrives daily to instruct Toyo in —the "samurai code"—which includes sword-fighting but also meditation and flower arranging. Toyo channels these skills into his passion for a new sport introduced by American gaijin— Into this well-researched period piece, Gratz drops a few anachronistic sports clichés, climaxing with a Big Game against a team of Americans. Though Toyo finds a way to use the samurai values his father has taught him, his leadership skills don't develop enough for him to protest or withdraw from aiding the enforcement of a brutal punishment against a boy who has strayed from Ichiko's harsh rules, undermining the sympathy readers may have developed for him. Still, this is an intense read about a fascinating time and place in world history. Ages 12-up.