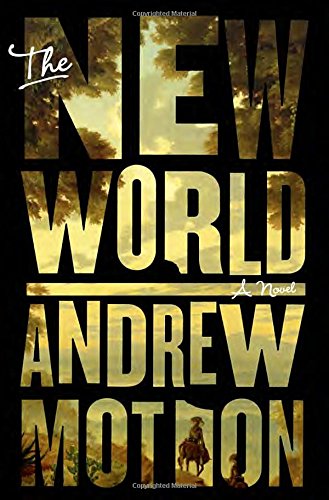 Motion, poet laureate of the U.K. from 1999 to 2009, provides a strong dose of swashbuckling, adventure-driven historical fiction in this second of a trilogy, a cheeky reimagining of Stevenson’s Treasure Island. Motion’s story catches up with characters from his first book (Silver), Long John Silver’s daughter, Natty, and Jim Hawkins’s son, Jim. Natty has persuaded Jim to sail with her to Treasure Island to recover the silver Jim’s father believed was left behind. As this novel begins the youths find themselves the only survivors of their shipwreck off the Gulf Coast of Texas. Ashore, they attempt to journey north and east through desert and thicket to the Mississippi River, which they hope will eventually lead them home to England. But Jim, stricken perhaps by the same greed as his father, has stolen a beautiful power-laden silver necklace from Black Cloud, who had captured and thrown Jim and Natty into a cabin. Jim and Natty manage to escape with the help of a child, but they realize soon enough that Black Cloud and his sidekick, the Painted Man, are willing to pursue them to the ends of the Earth to recover the necklace. There is meaning and metaphor just under the surface of Motion’s New World, including the symbolic killing off of one Mr. Stevenson, who is on board the ship. Jim and Natty learn much about themselves from the land they cross and the Native Americans they meet, some of whom they live among and grow to love. But then again the novel, which was labeled crossover fiction in Great Britain, can satisfy simply as a good, page-turning yarn. It is clear the author enjoys writing these tales, and the reader will find it easy to sit back and enjoy reading them. (July)
close
Details