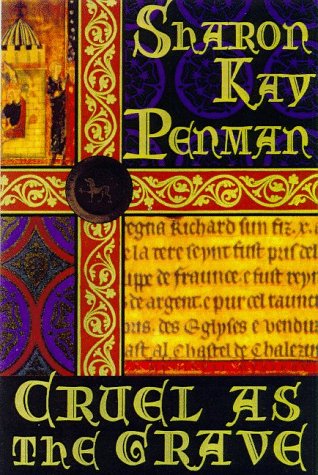 Cruel as the Grave

Penman, known for her historical novels, delivers a sequel to her first mystery, The Queen's Man (1996), an Edgar nominee for Best First Mystery Novel. Young Justin de Quincy, bastard son of a highly placed clergyman, toils as a special agent for Eleanor of Aquitaine. The dowager queen is attempting to hold the throne for her beloved son, Richard the Lionheart, held captive by the Holy Roman Emperor, against the machinations of her youngest son, John. A neighbor asks Justin to investigate the death of a young Welsh girl named Melangell. Two brothers from a wealthy mercantile family, nephews of Justin's neighbor, are the chief suspects in the murder. Justin balances snooping into the murder with his duties as the queen's agent, at one point risking his life to carry a message to John, besieged in Windsor Castle in his bid for the throne. Penman ably links two main story lines, the one about ordinary folk caught up in a drama of passion and power effectively echoed by the second, about aristocrats maneuvering for power at the highest levels. Despite the occasional anachronistic word or concept, Penman has a good feel for the period. This mystery may lack the depth and detail of Penman's longer historical novels, but it delivers atmosphere, plotting and nicely modulated characters. (Oct.)
close
Details