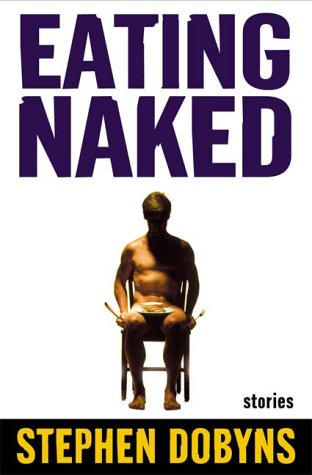 While Dobyns has written 20 novels (The Church of Dead Girls) and 10 books of poetry (Pallbearers Envying the One Who Rides), this is his first story collection, and he proves himself an adept at the form. In these 16 tales he unveils a landscape of adultery, divorce, abandonment--a vista of dysfunctional relationships in which domestic bliss is rare and dark humor flourishes. In ""A Happy Vacancy,"" a man is killed by a falling pig. After his bizarre, well-publicized death, his widow, a professor named Harriet, finds people chuckling whenever she enters the room. She quits her job, moves to the Midwest and tries to put the strange event into perspective: ""For her, death had become a joke, a dreadful buffo, and she needed to make it big again."" In ""Part of the Story,"" a 63-year-old waitress prepares to meet, for the first time, her five children (each the product of a backseat or motel-room affair, each given up for adoption). The reunion is complicated by her latest lover, Burt--sitting dead in her bedroom, stricken by an in flagrante heart attack. Other stories feature a cuckolded poet who tries to get revenge by kidnapping his wife, only to be cut to the quick by her insults, and a gas man who breaks his leg while reading a meter and gets stuck in long conversation with a cruel man caring for his dying wife. What keeps these stories fresh, despite the regularity of misfortune, are Dobyns's deadpan humor and his characters' wry, unpredictable personalities, plus the sheer oddity of their dilemmas. Despite the often wretched combinations of hope, failure and pride experienced by Dobyns's characters, readers will be moved with compassion for their vigorously human lives. (May) FYI: Stories from this collection have appeared in the 1996 Pushcart Anthology and the 1995 and 1999 Best American Short Stories.
close
Details