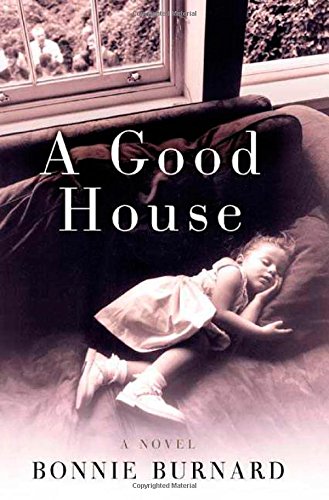 In 1952, 12-year-old Daphne Chambers falls from a trapeze and is left with a permanently asymmetrical face. In 1955, Daphne's mother, Sylvia, dies of cancer at age 40. From these two life-altering events, Canadian short story writer Burnard spins her engrossing debut novel, a traditional generational saga that unfolds with quiet grace and measure. Told from a variety of points of view, the book traces the upheavals and affirmations of the very ordinary Chambers family of Stonebrook, Ontario, from 1949 to 1997. The year after Sylvia's death, her husband, Bill, an injured WWII vet, remarries. His new wife, the unflappable Margaret, who used to work with him at the town hardware store, helps him raise his three children. Paul, the baby, becomes a hockey star and eventually a farmer, marrying young; oldest brother Patrick, a lawyer, is destined to be the keeper of family secrets; and middle child Daphne makes an eccentric choice for that time and place: she'll become the single mother of two daughters. As the years pass, the family, in nuclear and then extended form, gathers around the kitchen table to celebrate and to mourn. There are no saints, no Jobs, no Hamlets in Burnard's tale, just flawed people making the best possible choices given the passions and options of the moment, choices that sometimes require disingenuousness, stonewalling and outright lies. Changes in the initially remote town of Stonebrook are a significant strand in the narrative weave. Flashes of sly humor and an ability to avoid sentimentality are some of Burnard's skills, and the narrative's calm flow (once one gets past an initial excess of detail) builds to a deeply moving story of the truths of family life. 50,000 first printing; major ad/promo; author tour. (Sept.) FYI: A bestseller in Canada, this novel won the 1999 Giller Prize.
close
Details