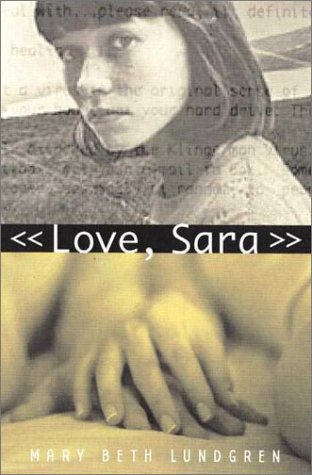 Through a series of e-mail exchanges, diary entries and fiction penned by an intelligent narrator, Lundgren () shapes a fast-paced and emotionally layered novel about a troubled high school junior living with a foster family. Gradually, readers learn that Sara Reichert was sexually abused by her father and other men, then was shuffled from home to home. Now, having lived with the stable Carol and her two children for nearly four years, Sara is finally feeling somewhat grounded and has her first real friends. Even so, she's haunted by her past, and unable to discuss her feelings except in the stories she writes for her Honors English class. Meanwhile, her best friend, Dulcie, and Dulcie's boyfriend are in a dramatic Romeo and Juliet–like relationship. When Sara first decides to join their suicide pact, then rejects it, she doesn't know who to turn to for help. The narrative starts slowly, but Lundgren smoothly incorporates the various storytelling devices and keeps the narrative going apace. Sara addresses her journal entries to Toulouse-Lautrec (because "You were an outsider too") and her stories add texture and complexity as the plots and metaphors subtly reveal events from her past. Lundgren captures powerful emotions in brief exchanges and the turn of a phrase. Ages 12-up.