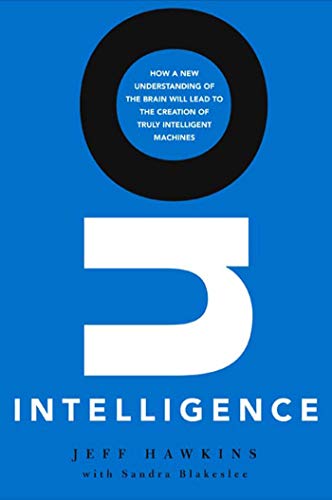 ON INTELLIGENCE: How a New Understanding of the Brain Will Lead to the Creation of Truly Intelligent Machines

Hawkins designed the technical innovations that make handheld computers like the Palm Pilot ubiquitous. But he also has a lifelong passion for the mysteries of the brain, and he's convinced that artificial intelligence theorists are misguided in focusing on the limits of computational power rather than on the nature of human thought. He "pops the hood" of the neocortex and carefully articulates a theory of consciousness and intelligence that offers radical options for future researchers. "[T]he ability to make predictions about the future... is the crux of intelligence," he argues. The predictions are based on accumulated memories, and Hawkins suggests that humanoid robotics, the attempt to build robots with humanlike bodies, will create machines that are more expensive and impractical than machines reproducing genuinely human-level processes such as complex-pattern analysis, which can be applied to speech recognition, weather analysis and smart cars. Hawkins presents his ideas, with help from science writer Blakeslee, in chatty, easy-to-grasp language that still respects the brain's technical complexity. He fully anticipates—even welcomes—the controversy he may provoke within the scientific community and admits that he might be wrong, even as he offers a checklist of potential discoveries that could prove him right. His engaging speculations are sure to win fans of authors like Steven Johnson and Daniel Dennett.