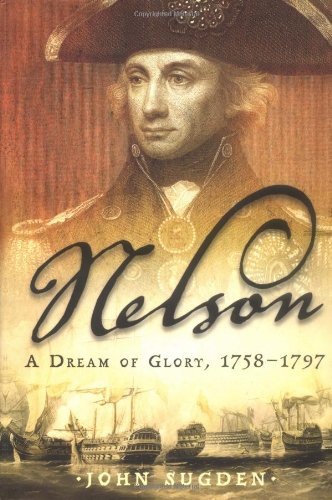 This splendid and colossal volume is the first of two constituting what is likely to be the definitive biography of Lord Nelson for at least a generation. The basic narrative may be familiar to most readers, taking Nelson from his childhood in a Norfolk rectory into the Royal Navy and up through its ranks to rear admiral. It leaves him there, temporarily beached, steeped in glory from his role at the Battle of Cape St. Vincent and minus an arm and an eye. Sugden ( ) has surpassed virtually every writer on the subject since the late Carola Oman in two respects. One, he has indefatigably used primary sources, sought over many years in many countries with much acknowledged help from fellow scholars. Second, he has placed Nelson firmly in the context of his country and his service in the 18th century, an era when a free and easy attitude toward sex, money and influence peddling prevailed. Sugden handles these aspects of "the Nelson touch" with aplomb—as well as the man's thorough knowledge of his profession, nearly suicidal physical courage, personal charisma and loyalty both up and down. Whether or not one believes in "great men," this is surely a great book about one of the most significant figures in the history of naval warfare, and even one volume of this latest biography will notably illuminate the seascape as we approach the bicentennial of the Battle of Trafalgar.