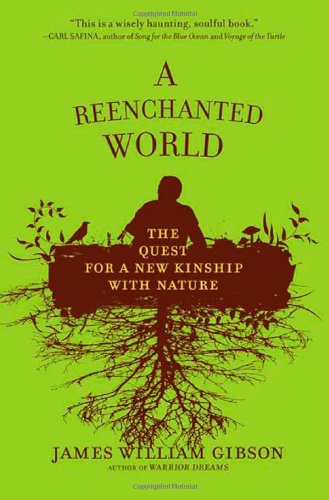 A Reenchanted World: The Quest for a New Kinship with Nature

According to Gibson ( ), “No political movement [in the last two decades]... can account for the intensity of feeling expressed by those... who experience an attachment to animals and places so overwhelming that they feel morally compelled to protect them, and who look to nature for psychic regeneration and renewal.” He follows the thread of the “recently recovered tradition of Native American spiritualism” and historical figures who rejected a mechanical view of modernism—Henry David Thoreau, Herman Melville, John Muir, Rachel Carson—arguing that “out of these shards of history came the new culture of enchantment” and a paradigm that stresses a relationship with rather than dominion over other species. The rise of the “reenchantment of nature” is not all sweetness and light; Gibson notes the ecological damage caused by enthusiastic nature tourists and evangelicals' backlash against “nature worship” as idolatry. But the book's message is passionately optimistic. Gibson believes that the cultural transformation gathering momentum and “coupled with political courage to act” can “remake the world.”