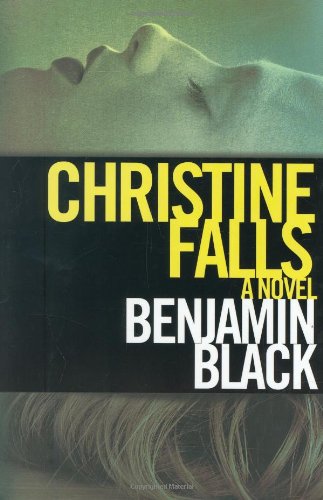 In this expertly paced debut thriller from Irish author Black (the pseudonym of Booker Prize–winner John Banville), pathologist Garret Quirke uncovers a web of corruption in 1950s Dublin surrounding the death in childbirth of a young maid, Christine Falls. Quirke is pulled into the case when he confronts his stepbrother, physician Malachy Griffin, who's altering Christine's file at the city morgue. Soon it appears the entire establishment is in denial over Christine's mysterious demise and in a conspiracy that recalls the classic film . And the deeper Quirke delves into the mystery, the more it seems to implicate his own family and the Catholic church. At the start, the novel has the spare melancholy of early James Joyce, describing a Dublin of private clubs, Merrion Square townhouses and the occasional horse-drawn cart; as the plot heats up and the action shifts to Boston, Mass., it becomes more of a standard detective story. Though Black makes an occasional American cultural blooper, he keeps divulging surprises to the last page so that the reader is simultaneously shocked and satisfied.