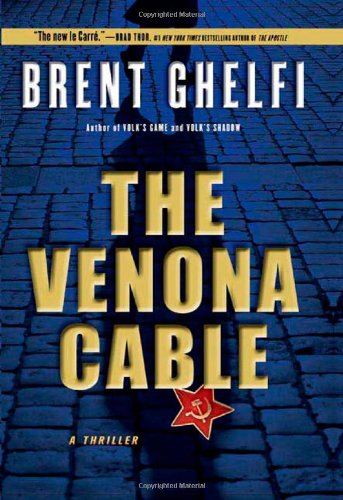 A decrypted 1943 cable concerning a meeting between Churchill and Roosevelt propels Ghelfi's ambitious third thriller to feature contemporary Russian criminal and spy Alexei “Volk” Volkovoy (after ). When the body of Everett Walker, an elderly U.S. cinematographer who was blacklisted by Hollywood, turns up in a Moscow warehouse where Volk used to make pornographic videos, Volk gets charged with Walker's murder. Walker, who came to Russia to look for Volk, was carrying a microdot copy of the cable as well as a photo of himself with Volk's disgraced father, Stepan, who disappeared in 1974. To clear himself, Volk must go to the U.S. to determine whether Stepan was a bona fide agent of the GRU (military intelligence) or a defector and traitor. Neither the Russians nor the Americans are sure which agents are real and which are double, and the doubt goes all the way back to WWII. Plentiful action scenes keep the pages turning.