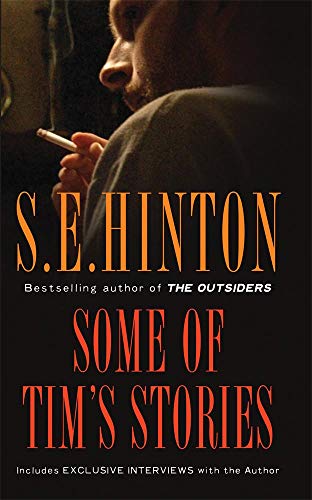 Some of Tim's Stories

Author of the 1967 YA bestseller and its sequels, several children's books and the adult novel (2004), Hinton offers a thin collection of 14 connected short-short stories that explore the divergent lives of two close cousins whose fathers are killed in car accident when the boys are adolescents. When the cousins are both 25, a drug deal goes wrong: Terry is imprisoned, while Mike gets away, living a fugitive life in Oklahoma as a bartender and bouncer. The tales move back and forth in time: "The Sweetest Sound" describes nine-year-old Mike's being awakened during the night when his father, a war vet, cries out in his sleep; while "Full Moon Birthday" finds the boys sharing Mike's first legal drink and a friendly older woman. Later stories delve into Mike's dead-end, often dangerous job at the bar, and his attempt at striking up a friendship with his pretty adult-ed instructor. Finally, Terry gets out of prison to a tense homecoming. Hinton is clearly aiming for terse, but what's here feels bare bones; interviews with the author take up more space than these plainspoken tales.