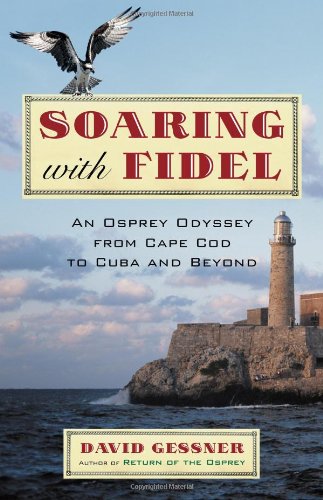 Soaring with Fidel: An Osprey Odyssey from Cape Cod to Cuba and Beyond

At the outset, Gessner tells readers that "[t]his is not a bird book"; indeed, it's more about what Gessner came to understand about himself by spending day after day studying one particular species of bird, the osprey. Gessner, who previously wrote , which focuses on the effort to rescue ospreys from DDT annihilation, this time turns his attention to migration—why ospreys migrate to Central and South America every winter, and what they do when they're there. He tracked ospreys on one basic migration route—from Cape Cod to Cuba and back. While Gessner weaves in the science of tracking the birds, it's his rowboat-and-binoculars approach to the subject that will most attract readers. Spending days watching ospreys and chatting with other bird-watchers, Gessner discovers the "joy in reducing life to one thing." Gessner writes beautifully, with grace and humor.