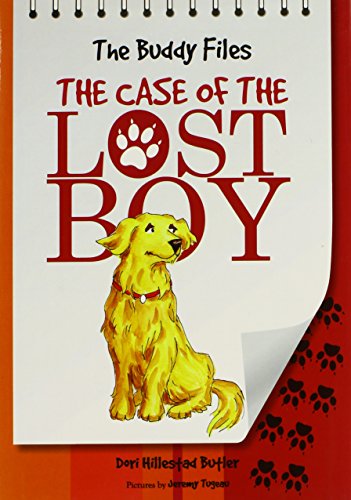 The Case of the Lost Boy

This chipper novel launches Butler's ( ) Buddy Files series, narrated by a chatty golden retriever. After his owner Kayla and her father disappear, Buddy lands in the dreaded “P-O-U-N-D. We don't say it, we spell it.” His plan to escape and find them gets derailed when he's adopted by a boy named Connor (“What? No, you can't take me... I already have a family,” Buddy protests). Buddy's internal monologue can be both perceptive and amusing. He observes that Connor, who moved away from his father and friends after his parents' divorce, “smells sad,” and when the nine-year-old boy goes missing, the canine laments, “I feel like I am losing humans left and right.” Aided by sleuthing skills that Kayla taught him, a keen sense of smell, and a tip from an observant cat, Buddy locates Connor. It's a straightforward mystery, but readers should be drawn in by Buddy's exuberant voice and readily recognize the high stakes and emotions at play. and pub simultaneously. Ages 6–8.