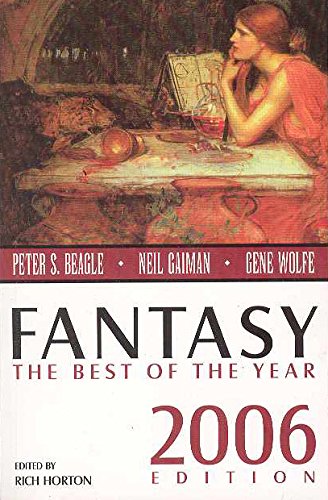 The 19 mostly excellent short stories in this latest addition to the growing field of annual "best of" fantasy anthologies include works by established stars like Pat Cadigan (the delightful, wry "Is There Life After Rehab?") and Peter S. Beagle ("Two Hearts," a deceptively simple tale about love, loyalty and magic, the short story sequel to his 1968 novel, ). In a nod to the "mainstream acceptance" of fantasy, Horton reprints George Saunders's twisted, satirical "CommComm," which originally appeared in the . Distinguishing this anthology are many stories that first appeared in small press venues , including Samantha Henderson's "Five Ways Jane Austen Never Died" and Theodora Goss's haunting "Pip and the Fairies." Horton has gathered a diverse mix of styles and themes that illustrate the depth and breadth of fantasy writing today.