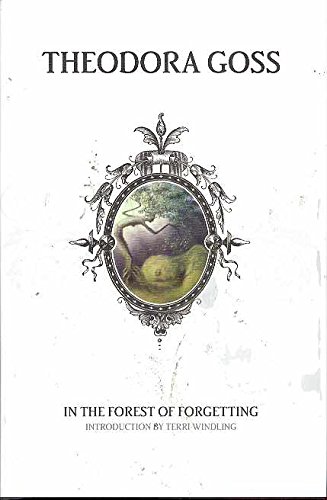 In the Forest of Forgetting

Goss's collection of 16 gothic stories possesses a spare, surprising beauty, though her modern-day characters, like those in fairy tales, are constrained by the hard lessons she sets out to teach. The three linked stories, "Miss Emily Gray," "Conrad" and "Lessons with Miss Gray," turn on the character of the title, a dark Mary Poppins–like woman who exists to grant children their hearts' desires—often at a high price. Goss layers the Victorian tone and everyday magic of these tales with commentary on familial negotiations and the grave consequences for heedless behavior. Other stories consider family cohesion and snobbery, as in "Sleeping with Bears," about a Southern belle who exhibits "no originality" until she marries a bear named Trout Catcher. Her sister quickly comes to understand the attraction. In "Lily, with Clouds," a bohemian woman dying of cancer returns to her blue-blooded family in Virginia, where her conventional sister can't help judging her unusual life. Though Goss ( ) crafts these delicate stories with tight control and wit, in toto they become something of a moral sledgehammer.