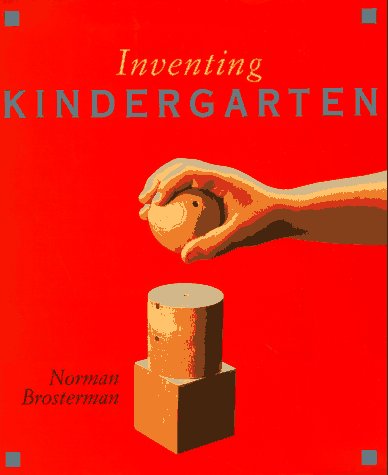 The origins of kindergarten, the innovative and revolutionary system of teaching young children, was the brainchild of Friedrich Froebel, a 19th-century German educator and scientist, who opened his first ""children's garden"" in 1837. Kindergarten, according to the author was a ""radical and highly spiritual system of abstract-design activities intended to teach the recognition and appreciation of natural harmony""--a far cry from what most us in the 20th century may recall of the experience. Froebel's use of the 20 or so educational toys he called ""gifts"" (among them balls, parquetry and the now-ubiquitous building blocks) helped to foster the creativity of early childhood, hitherto largely unaddressed by educators. Brosterman, an architect and collector and curator of children's building blocks and construction toys, follows Froebel's checkered career, his lack of honor at home (kindergartens were banned in 1851) and the exportation of his program to many countries, including the United States, where Elizabeth Peabody, a member of the New England Transcendentalists opened a kindergarten in Boston in 1860. A parallel history of kindergarten's influence on leading architects and artists unfolds, and includes Frank Lloyd Wright, whose mother bought him a set of the ""gifts"" at the 1876 Centennial Exposition in Philadelphia. The author's informed speculation leads to interesting conjectures about artists such as Klee, Braque and Mondrian, and the influence of kindergarten on their lives. Illustrated with historical images and original photographs by Kiyoshi Togashi, this illumination of the beauty of an original system is, in the author's words, ""more an exercise in cultural exploration than a manual for contemporary educators."" 133 illustrations, 55 in color. (May)
close
Details