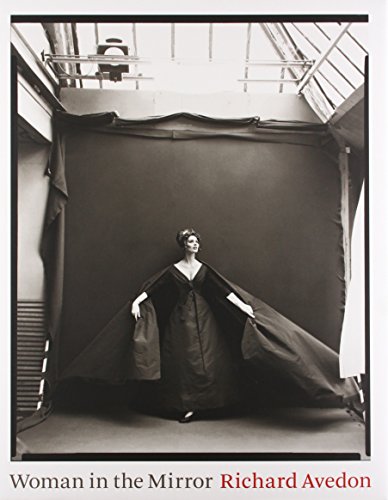 Woman in the Mirror

Wealthy or poor, young or old, famous or infamous, all of Avedon's subjects are photographed with the same stark, minimalist touch. This new collection spans five decades of the late photographer's work and focuses on the portraiture king's pictures of women. Beginning with a simple, joyous image of the Italian actress Anna Magnani in all her hearty, make-free glory and ending with a casual, breezy shot of mezzo-soprano Lorraine Hunt Lieberson, the loosely chronological succession of Avedon's primarily black-and-white shots demonstrates that, while the idea of photographing women is nothing new, the way the former and contributor approached his subjects was. As explained in art historian Hollander's ending essay, Avedon was the first photographer to break down the barriers between high, "serious," photography and low, "non-serious," photography by applying his intimate, shadowy style to all of his subjects, regardless of their social background. It is a shift that can be seen in the stirring juxtapositions of toothless street performer Zazi with the model Dorian Leigh, and the full-bodied field marshal Gloria Gonzales with the petite Rose Kennedy. A treat for devotees and newcomers alike, the collection showcases both Avedon's fashion work and celebrity portraits, including such fantastic shots as a bejeweled and be-gowned Elton John in a mid-punch stance and a sexy Geoffrey Beene model posing with a skeleton.