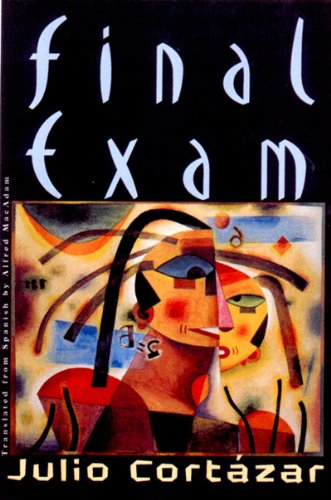 Before Julio Cortazar emigrated to Paris in the '50s, where he composed his masterpiece, Hopscotch, he spent his apprentice years writing essays in Buenos Aires for a magazine edited by Jorge Luis Borges. The '40s in Argentina were politically dominated by the Perons and culturally dominated by European modernism. This novel, written in 1950, although first published in 1985, is tossed by both currents. Two couples, Juan and Clara and Andres and Stella, wander the streets of Buenos Aires the night before their final college examination. This particular night, Buenos Aires is an unreal city. A kind of pestiferous fog, or maybe smoke, has rolled in. Odd, perhaps poisonous, mushrooms are sprouting everywhere. Rumors circulate of some unspecified civil breakdown, and a very strange event is underway at the Plaza de Mayo. A bone is being exhibited in a tent there, and people are lined up to see it. The couples are brought into contact with other night owls--notably a character called the Chronicler, a journalist, who is full of gossip. Juan and Clara are also being stalked by a former friend, Abel, for reasons unmentioned. The next day, Juan and Clara go with Clara's father, Mr. Funes, to hear a concert performed by a blind violinist. While there, Funes gets into an altercation in the men's room. This fractured, impressionistic novel shows Cortazar's immense learning--the narrative is full of literary references to writers from Poe to Andre Malraux--but he had not yet mastered novelistic form. Still, for students of Cortazar's work, this book presents in prototype what will later be his great theme: how the disjunctions of urban life can be expressed in symbols of vague dread. (Feb.)
close
Details