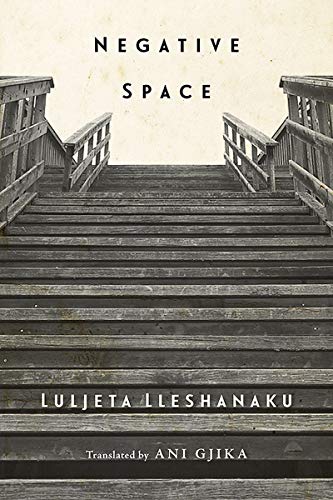 Celebrated Albanian writer Lleshanaku interrogates the boundaries between politics and family life in these poems culled from her previous collections, Almost Yesterday (2012) and Homo Antarcticus (2015). Wry and self-aware, Lleshanaku’s writing posits the public, political, and economic realms as inherently unstable, with domestic life as a grounding force. For Lleshanaku, what happens inside the home remains intimate and mysterious: “To show someone your library is an intimate gesture,/ like giving him a map, a tourist map of the self.” As the work unfolds, so does the interplay between public and private life, starting with the speaker’s childhood: “And I was raised on the via politica/ with the grease of yesterday’s glories,/ a thick grease collected under arctic skies.” Here, Lleshanaku positions domestic life as the infrastructure that supports, upholds, and sustains the political realm, and reminds the reader that political ideologies, like family ties, are inherited. Lleshanaku presents the domestic, its unseen labor and stabilizing force, as endangered by oppressive political regimes. But she also suggests that resistance begins at home, envisioning a revolution that empowers women most of all. Though the thinking behind Lleshanaku’s poems consistently impresses, the book’s tonal uniformity and formal consistency fail to do her provocative ideas justice. (Apr.)
close
Details