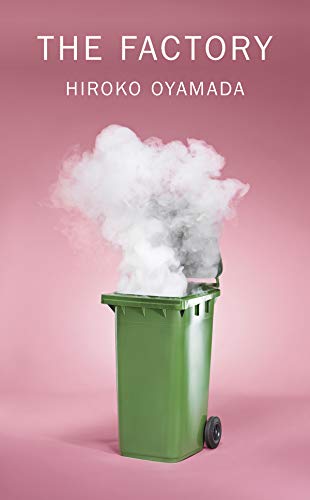 Reviewed by Gabe Habash Three employees at a monolithic factory in an unnamed Japanese city begin to see reality itself seem to mutate in Oyamada’s stellar, mind-bending debut. After quitting five jobs, Yoshiko Ushiyama finds a spot at the factory shredding documents all day. Meanwhile, Yoshio Furufue reluctantly takes a position “studying moss” in another department—in which he is the sole employee. His ostensible goal is to green-roof the whole enterprise, but he’s given no direction and no time frame and so ends up being reduced to a guide for a children’s moss hunt on the factory grounds. Finally, Ushiyama, Yoshiko’s brother, is tasked with proofreading opaque documents with titles like Goodbye to All Your Problems and Mine: A Guide to Mental Health Care, though he doesn’t know where his edits go when he’s done and is told “[y]ou won’t make any mistakes. You can’t.” Soon, time and the characters’ understanding of life beyond the factory begin to fog, and perhaps Oyamada’s greatest achievement is transferring this disorientation to the reader. Scenes jump in time and loop back, and perspectives shift mid-chapter; at one point Ushiyama starts proofreading a report on the factory’s fauna authored by a child—the same child who asked Furufue to read that same report after Furufue took him on the moss hunt. There is an enclosed, purgatory-like feel to the setting: “The factory was a world of its own,” Furufue thinks at one point. “Only four ways in and out. North, South, East, West. Shouldn’t there be more?” The relentless logic of the factory accounts for everything—meal preference (there are “nearly a hundred cafeterias, and a decent number of restaurants, too”), resources (when Furufue is told it’s best for him to live on factory grounds, he thinks, “The idea of moving here didn’t bother me.... It was just happening so quickly and without my input, without my knowledge”) and, somehow, even the novel’s astonishing ending. Oyamada expertly weaves in a series of strange phenomena—a middle-aged man known as the Forest Pantser who runs around the factory’s surrounding forests trying to pull the pants off people; huge flocks of a particular species of black bird (“the birds roost in such great numbers you can’t tell one from the next.... there are hundreds of them, all looking toward the factory”)—creating an atmosphere of unease bordering on pernicious. But by refusing to give answers and instead letting the mundane and the uncanny blend together (“I thought I saw one of the smaller women in Print Services holding a black bird by its wings, but when I looked again it was just a toner cartridge”), Oyamada maximizes her puzzle. This nonpareil novel will leave readers reeling and beguiled. (Oct.) Gabe Habash is the author of Stephen Florida and is the deputy reviews editor of Publishers Weekly.
close
Details