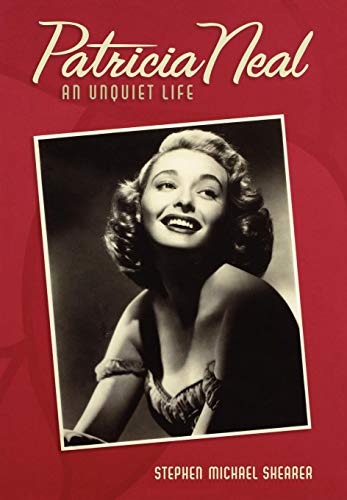 Screen legend Neal's life was filled with tragedies and triumphs, and Shearer unveils an impressive portrait of the actress, revered for her roles in such memorable movies as and . Born in Kentucky in 1926, Neal began her drama studies at the age of 11 in Knoxville and was a professional by age 19, possessing a fiercely ambitious drive when she arrived on Broadway as an understudy in 1945. After she won a 1947 Tony Award for , Hollywood beckoned. Over five decades, she made more than 30 feature films, including her Oscar-winning performance in . After her emotional affair with Gary Cooper led to an abortion, she married writer Roald Dahl in 1953. Neal suffered massive strokes in 1965, yet made her much-publicized screen comeback three years later in . In addition to extensive interviews and a detailed appendix, the book benefits from Shearer's access to Neal's personal archives of reviews, scrapbooks and letters. She also supplied at least 50 of the 123 photos seen here. Readers of , Neal's 1988 memoir, will seek out this biography for more of the actress's absorbing and inspirational story.