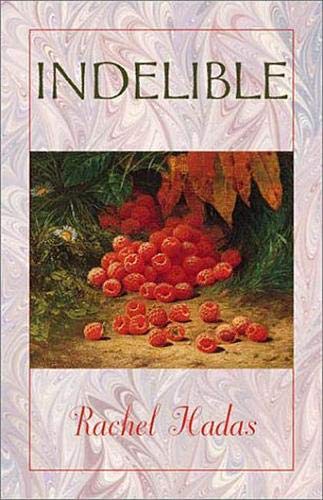 Hadas's speaker remains distant, poised, oracle-like, even when waxing confessional in this eighth collection, following her 1998 new and selected volume. A classicist by training, Hadas uses traditional forms adeptly (blank verse, three-beat hymnal lines, a sestina), seems most comfortable in free verse, whether in long prose lines or short, unmetered ones. The book's first section contains, among other pieces, a series of lamentations for various dead; the second, a few longer variations on mythological themes; the third, a melange of forms and tones, generally more personal than the earlier sections. A few pieces are abstract and overly rhetorical, but distinct images pepper the collection. In a speaker's dream, "Feta cheese crumbled visibly in his open mouth like a stigma of greed"; in a mud season, "Pools give back the sky/ and sky fills our boot tracks/ so that we walk on air." Tonal disjunctions tie nursery rhymes to a half-hearted vernacular: "My bonny lies over the ocean... / Lightly she up and left." Too often, the energy of the formal pieces dissipates as the poems talk themselves out. The pieces elegizing the speaker's mother, in particular, tend toward a kind of privately stentorian honorific: "You are the sudden shower of rain/ softening paths to muddy brown./ You are the single shaft of sun/ illuminating afternoon// in the gazebo—." But the book's instants of emotional vulnerability will please Hadas's readers, and are often what compel the most.