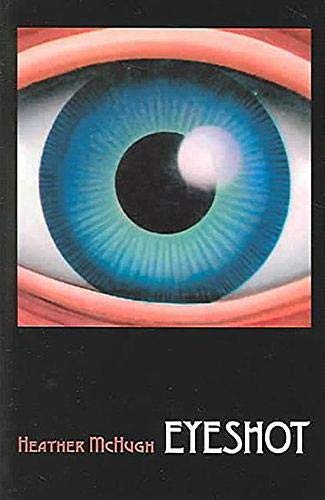 With an oeuvre that includes criticism (notably the 1993 volume ) and a wide-range of translation (most recently, of Euripedes), McHugh here returns to her own signature bravura and obsessive word play, focussing on the struggle of eye and mind, brain and body, to mediate the exacting details of an exquisitely overwrought world: "The mind is made/ to discipline the eye so that the eye/ can aim the mind—or else..." In a state of near-constant overstimulation, the hyper-attentive intelligencer at times must struggle simply to stay afloat: "Sight... sponsors far/ too much detail (exhaustive is exhausting!)." McHugh scrutinizes the lewd and the illustrious alike with relentless attention and propulsive wit, the latter no less engaged when describing the brain collection at Cornell ("Grown in a bone bin, now not one of them/ can let go of the knot at its gut, the fruit/ of its last thought") than when parrying bawdily on the subject of a hanged man's erection, in "Goner's Boner." Sexual mishaps, infidelity and lust abound—as well as related riffs on aging and physical decline: "taste took/ time, it seemed, and so required the mind// to mind the tongue, stop being young,/ start being tired." McHugh's more metalinguistic reflections can be strained or too clever, but many poems avoid these pitfalls, probing language in a way that enhances (and seems inextricably linked to) scientific inquiry: "The body's fingernails were tinily inscribed/ with symbols, letterforms and ideograms, and all/ in exquisite detail. I looked and looked..." Yet what pushes this book even further are the moments when the speaker's sense of the stakes comes into focus: "In sight/ of the flicker of living./ In spite of the looking to die."