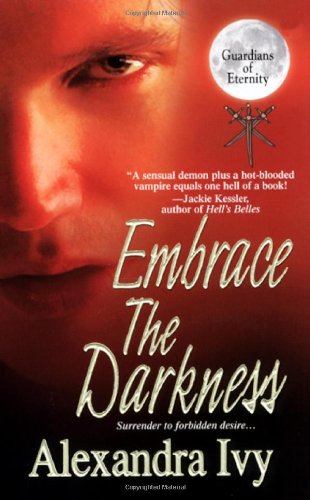 Part human, part Shalott demon—the feared assassins of the demon race—bronze-skinned, golden-eyed beauty Lady Shay has blood that's a potent mix of vampire aphrodisiac and cure-all. Bound by a curse to the guardianship of a greedy troll, Shay soon finds herself being sold to a stunning, silver-haired vampire whose life she saved only weeks earlier. Named Viper, the vampire is determined to win her for his own—without the aid of enchantment—but Shay finds it hard to believe that Viper wants anything but to drain her dry. Fueling Shay's mistrust is the memory of her father, lost to a vampire clan when Shay was just a child. As it turns out, that same clan is now in pursuit of Shay, planning to use her blood to cure their leader's mysterious illness. Viper and Shay spend most of the book outrunning the clan's dark forces—all manner of monsters and hellhounds—occasionally losing themselves in their spiraling emotions. Though black satin sheets, gothic candelabra and the demonic beasts feel stock, the second book in Ivy's Guardians of Eternity trilogy delivers plenty of atmosphere and hot-blooded seduction.