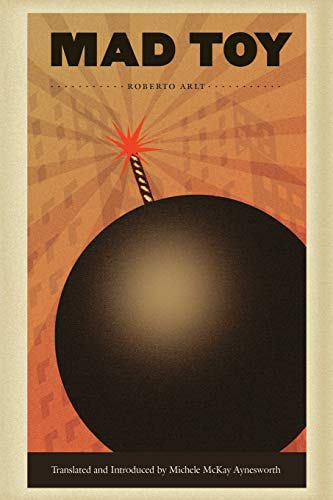 Seemingly plotless but still engaging, this wild, whirling novel of Buenos Aires, originally published in the 1920s, tracks the life and misadventures of a young man whose mind is constantly evolving. As the novel begins, young Silvio forms a gang of juvenile delinquents with his friends; together, they tour houses that are up for rent and rob their fixtures, steal from shops and wreak other havoc until the police crack down. Silvio then drifts into a job as the assistant to a cruel bookstore owner; after trying unsuccessfully to burn the bookstore down, he quits and enters a school for airplane mechanics. He is thrown out after his fourth day for thinking too much and studying too little. Silvio feeds his intellect constantly, devouring great works of literature and science with ease. One job leads to another, and eventually Silvio finds himself mixed up with crime again. This time, however, he redeems himself, and the novel ends with a surprising moment of enlightenment. Despite a few grave missteps, including an unsettling anti-Semitic passage, Arlt whips up some memorable character portraits to augment Silvio's perpetually changing world. They include the handsome, dangerous Enrique, who is a role model for and during Silvio's young days as a lawbreaker, and Rengo, the old petty criminal and gadabout who nearly pushes Silvio toward lawlessness once again. Poetically animated language keeps this novel fresh and surprising, making its belated appearance in the U.S. worthwhile.