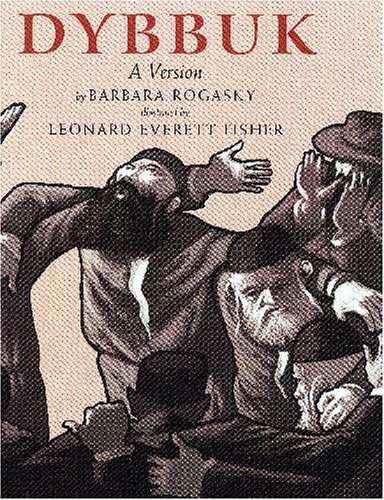 In this picture book steeped in Jewish lore, the spirit world is turned topsy-turvy when a Hasidic man arranges a marriage between his daughter and a wealthy suitor rather than keep a childhood pact. Only the richest, smartest man will do for Sender's daughter Leah. Thus he rejects many proposals for her hand and forgets about the promise he made to his dear friend years ago that their children should marry. So when a poor orphan named Konin begins to win Leah's heart, her father will not allow it. Unfortunately, the orphan is the son of Sender's friend, rightfully promised to Leah long before. Konin uses the powers of the Kabbalah to help win her, and when that kills him, his spirit inhabits Leah's body, requiring an exorcism. Rogasky ( ) delivers some intriguing ideas and occasionally zippy dialogue in an over-long tale adapted from a Russian play. Her take on the Kabbalah as described in the text and author's note will surely enlighten those who associate Kabbalah with Madonna or Hollywood stars wearing red string bracelets. But the story's often loping pace and dark themes are not likely to keep many young readers sticking around to book's end (especially when the term dybbuk is not introduced until page 33). Fisher's ( ; ) shadowy black-and-white acrylics suggest the powerful underpinnings of the proceedings, but they share a similarity of composition that make them seem almost interchangeable. Ages 10-up.