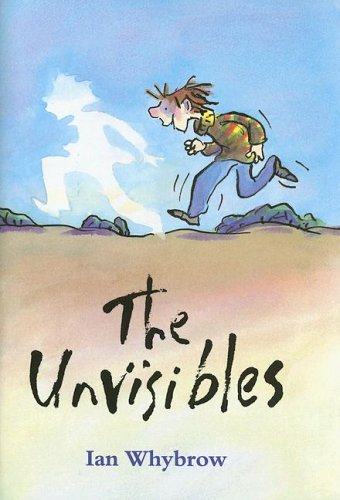 Witty plotting and clever characterizations distinguish Whybrow's (the Harry and the Dinosaurs series) novel featuring two 12-year-old British classmates who have little in common—except the need for a good friend. Oliver, who has wild red hair, is quite the cut-up, always "mucking about" at school. In contrast, Nicky is a normal-looking, quiet worrywart who takes pains to avoid being noticed. While looking through a box of items his antique dealer father has acquired, Oliver spies a magazine that describes an ancient Indian trick in which one chants a phrase to become invisible. In a sequence of spot-on slapstick scenes, an unseen Oliver wreaks havoc at school, giving his sarcastic French teacher, a sadistic swimming coach and a pompous older boy their comical due. And he helps Nicky best the class bully in a fight and sabotages Nicky's mother's rapport with an obnoxious suitor. When he realizes that, since he can no longer see the magic phrase on his invisible hand, he cannot reverse the words to break the spell, Oliver turns to Nicky for help. Beneath all the whimsical corkscrew twists, which satisfyingly sort out some family dilemmas, lies an affecting story of the growing friendship that brings each lad a new confidence and sense of self. Kids will hope to er, see, Oliver and Nicky in a follow-up caper. Ages 8-12.