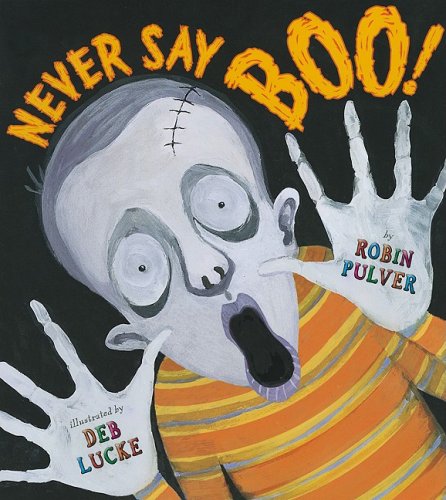 Gordon leaves his old school in Ghost Town, where “everybody was a ghost,” to attend Booniesville, where he's the only one of his kind. It doesn't take long for the other kids to notice that Gordon is different. His teacher passes out when she sees him, and he quickly realizes “his prize-winning, blood-curdling, hair-rising ! would not win him a single new friend here.” But, in the end, it's Gordon's taboo word that saves the day. Fans of ghoulish comedy will find this plenty amusing, though Gordon's corpselike appearance may leave some on edge. Ages 4–8.