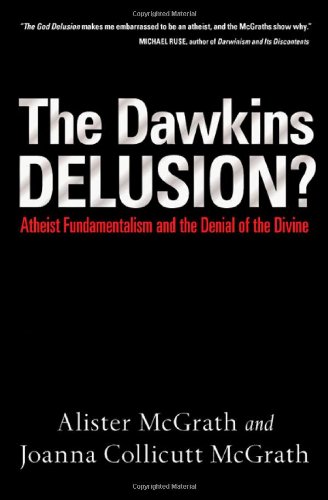 The Dawkins Delusion?: Atheist Fundamentalism and the Denial of the Divine

hen authors write books that criticize other books, they have usually already lost; the original book has set the agenda to which the critics respond, and the outcome is foretold. Not in this case. The McGraths expeditiously plow into the flank of Dawkins's fundamentalist atheism, made famous in , and run him from the battlefield. The book works partly because they are so much more gracious to Dawkins than Dawkins is to believers: Dawkins's “remains the finest critique” of William Paley's naturalistic arguments for deism available, for example. The authors can even point to instances in which their interactions with him, both literary and personal, have changed his manner of arguing: he can no longer say that Tertullian praised Christian belief because of its absurdity or that religion necessarily makes one violent. The McGraths are frustrated, then, that Dawkins continues to write on the a priori, nonscientific assumption that religious believers are either deluded or meretricious, never pausing to consider the evidence not in his favor or the complex beliefs and practices of actual Christians. They conclude disquietingly: perhaps Dawkins is aware that demagogic ranting that displays confidence in the face of counterevidence is the way to sway unlearned masses.