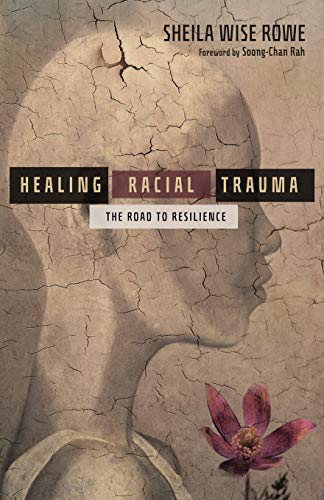 In this useful work, abuse and trauma counselor Rowe (The Well of Life) uses her own experiences as a Christian and the stories of her friends to address systemic racism. Rowe shares eye-opening stories of racial injustice including her own personal stories, such as when her brother was arrested for holding a BB gun in his own yard—as well as profiles of others, such as a Japanese-American who suffered prejudice in a WWII-era internment camps as a child and later, his son, during the L.A. riots. She also includes definitions of relevant terminology (such as white privilege, internalized racism, and defensive othering), stressing the universal experience of pain and the burden that people of color carry due to unhealed wounds of racial trauma. Speaking specifically to Christian readers, Rowe provides “Reflection and Prayer Prompts” to address topics covered in each section (such as silence, rage, fear, and resilience) and to help readers enact change. Rowe’s evenhanded approach, while welcoming to all, leaves much to be desired, as it never delves into how systemic changes will look in practice. While Rowe’s analysis will be helpful for readers looking for a simple introduction to structural racism, those seeking more concrete steps forward will be disappointed. (Jan.)

Correction: An earlier version of this review misstated the title of the author's previous book. It also incorrectly stated the author used stories of her clients in the book, and conflated the experiences of two Japanese-American men.