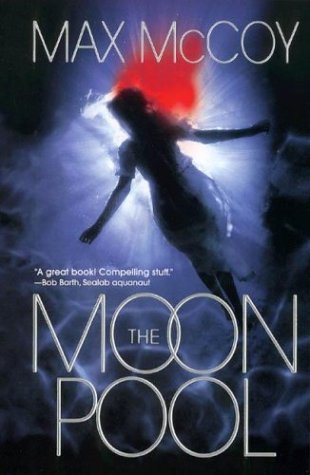 Mystery and mythology collide in this intelligent thriller, which is set largely in the uncharted depths of an underwater mining city beneath Bonne Terre, Mo. McCoy (who has written several Indiana Jones novels) draws on his experiences as an investigative journalist and an Advanced Open Water scuba diver to tell the tale of a serial killer bent on reenacting the abduction of the Greek mythological figure Persephone. To preserve the beauty of his young, red-haired victims, the killer stores their naked bodies in Mineral City, a former mining town now overrun with water up to 400 feet deep in some areas. Richard Dahlgren, a private underwater crime scene investigator haunted by a tragic past, commands the extraordinary investigation. As more bodies turn up, investigators discover a decades-old killing pattern and call on a renowned forensic expert who eventually emerges as the chief suspect. The novel starts slowly, with divergent plots, and it's rife with scientific details and analysis. But readers who have an interest in science, particularly the science of cave diving, and outdoor thrill sports should have no problem navigating the jargon. Tightly drawn characters, a vile villain and a satisfying, thought-provoking conclusion make this a compelling read.