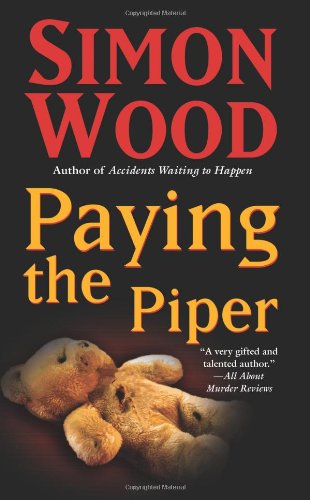 After an eight-year hiatus, the elusive serial kidnapper dubbed the Piper is once again commanding headlines in San Francisco after abducting Sammy, one of newspaper reporter Scott Fleetwood’s young sons. However, where the Piper’s previous crimes had been motivated by money—kids returned unharmed in exchange for millions in ransom—this one appears to be personal: the Piper holds Fleetwood responsible for botching his last kidnapping, costing the Piper a cool two million and forcing him to resort to murder. The victim in that case was the only child of wealthy real estate mogul Charles Rooker, who has now stepped forward to fund the Piper’s ransom demand for Sammy, while helping Fleetwood and the FBI nail his son’s killer. Before Sammy can come home, however, the Piper has more grueling maneuvers than a demented drill sergeant to put these characters through. Wood, in his sophomore effort (following ), keeps the pages flying even as his plot gets more and more complex, accelerating nicely toward an elegant climax.