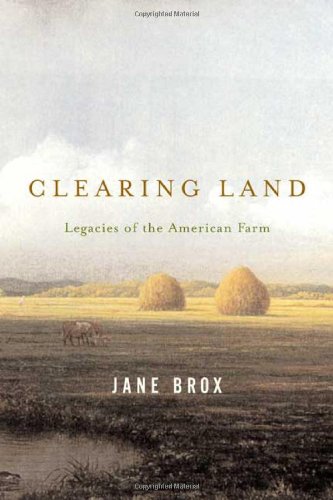 Brox ( ) considers the farm's practical and symbolic roles in both American consciousness and her own family in this poetic rumination. "In America," she writes, "not only do individual dreams have their origins in farming, the notion of the Republic is stowed there as well." Telling the "larger story of cultivation," Brox gracefully moves between personal recollection and historical narrative. Her paternal grandparents—immigrants from Lebanon—acquired a small farm in the coastal hills north of Boston in 1901; it offered an escape from tenement living but isolated them from fellow Middle Eastern immigrants. Turning outward, Brox considers how, in earlier eras, the character of farms reconfigured the American landscape. The Pilgrims' fenced-in farms contrasted sharply with the open spaces in which Native Americans grew their crops; later, the need for building material in the burgeoning textile cities saw the coastal Northeast farmed for granite via deep stone quarries. And these days, she writes, the size of a farm can mean the difference between prosperity and failure, even as property taxes make land prohibitively expensive. Brox candidly reveals arguments between her father and brother over how to save their farm, as well as her own struggles to carve out a place for herself on it. The story has been written elsewhere, but Brox tells it with a clear, impassioned simplicity. .