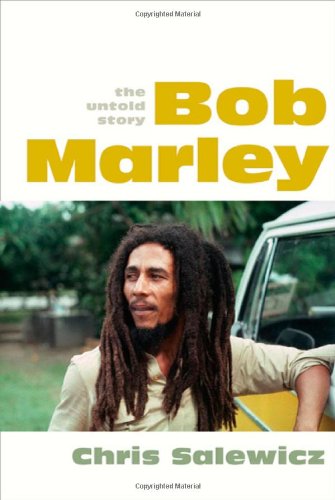 The usual tropes of pop stardom attain a mythic resonance in this lively biography of the Jamaican reggae demigod. Journalist Salewicz ( ) draws an earnest portrait of Marley: his Rastafarian creed—he worshipped the Ethiopian emperor Haile Selassie—was unusually flamboyant; his marijuana use was probably heavier than other pop stars' and, per the Rasta sacrament of spliff-fueled Bible reading, certainly more sanctimonious; his feuds with managers, escalating to flourished pistols and beatings, were more operatic. His politics were weighty—his embroilment in Jamaican party rivalries in the 1970s prompted an assassination attempt—as was his canonization as an icon of black empowerment and countercultural protest. Salewicz's profile is full of piquant yet troubling details—Marley was apparently present at the lynching of his would-be assassins—and insights into the rough Jamaican surroundings that gave Marley's music its edgy desperation and millennial fervor. He is agnostic about whether Marley was the reincarnation of Christ—against Marley's uncanny prophecies were his adulteries and occasional wife beating—but gushes faithfully about the music, which he calls “tantalizingly world-shaking in its scintillating essence.” Salewicz's profile is as gritty, entertaining, and starry-eyed as Marley himself. Photos.