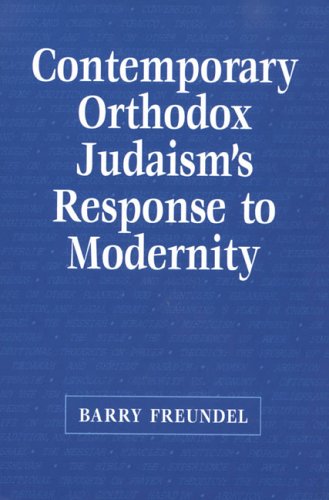 Freundel, who counts former presidential candidate Joe Lieberman among his Washington, D.C., congregants, invites readers, Jewish and non-Jewish, to gain a better understanding of Jewish law, tradition and belief in his succinct but thorough analyses of 31 different topics crucial to Orthodox Judaism, such as (repentance), Israel, prayer and and . Each chapter summarizes the central sources upon which the (Jewish law) is based in clear, understandable terms and explains the development of the tradition as well as its practical application in today's world. Additionally, Freundel provides all the relevant Orthodox opinions on the matter, including those that he or the law ultimately rejects, and elucidates how and why Jewish law maintains its ancient positions even as modernity infringes on them. He does not shy away from or gloss over sensitive or controversial issues; instead he seems eager to take them on and debunk popular myths, including the widespread notions that Judaism considers women inferior and that Jews do not believe in an afterlife. Even though most chapters number only a few pages, his essays are accurate, entirely to the point, easy to finish without losing interest and convenient to pick up or put down at any time. Freundel's evident mastery of the vast breadth of materials within Jewish thought and law combined with his eloquent and cogent writing makes for an exceptionally worthwhile, inspirational and instructive work that no informed person should be without.