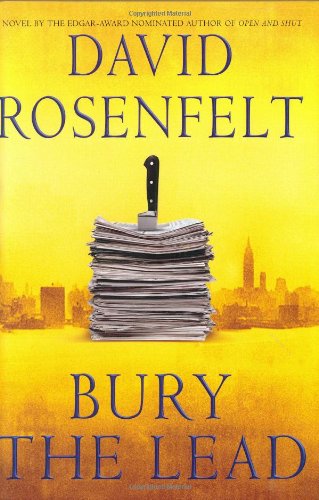 In Rosenfelt's breezy crime confection, his third to feature Andy Carpenter (after 2003's ), a serial killer who cuts off his victims' hands has been terrorizing the dog-loving lawyer's northern New Jersey turf. When the cops charge one of the murders to newspaperman Daniel Cummings, who's been receiving messages from the killer taunting the police, Andy and his legal team step up to the defense. The author writes like a guy relentlessly channel surfing, always on the move, never risking boredom. Of police fiber technician Donald Prescott, one of the many characters briefly met, he notes: "if you possess both a desire to be a cop and a self-preservation instinct, it's a good job to have. There is even less chance that Prescott will get shot at than the guy who draws the chalk outlines around bodies." When a Passaic police detective asks Andy what he was doing while his ex-cop girlfriend was beating up a bad guy ("Holding her purse?"), Andy thinks, "He knows nothing; the fact is that Laurie wasn't even carrying a purse that night. It was more of a handbag." The witty asides never stop. The novel may not have a single convincing dramatic moment, but the tricks and turns before the resolution provide a fun rollercoaster ride.